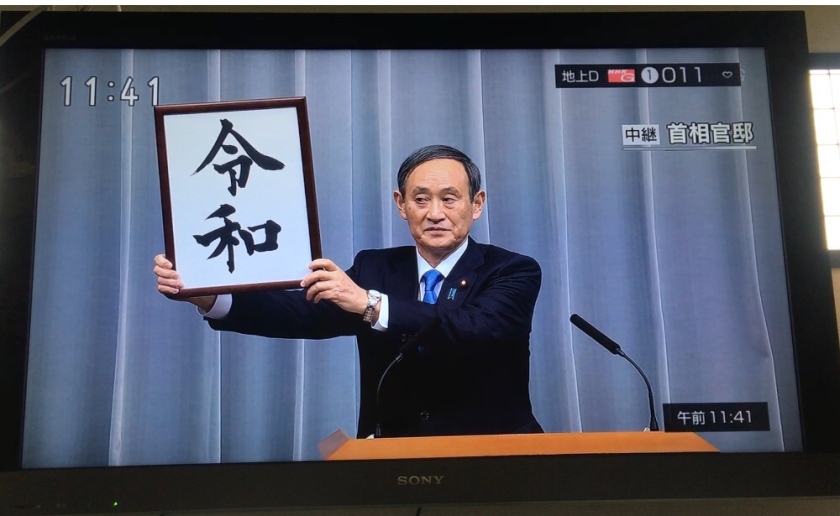 As I think of the new theme for this new month, I can’t help but continue with OIJ’s. This morning, I’m one of the millions of people around Japan and maybe around the world waiting for the name of the new era in Japan. I was literally glued to the television set and even captured memories of this very special day in my host country. At 11:41 AM, “Heiwa” was announced as the name of the period when the Crown Prince Nahurito will ascend to power on May 1, 2019. The only living Emperor chose to abdicate his power and this paves the way for his eldest son to take over the Chrysanthemum Throne.

Exciting days are ahead in Japan and worth monitoring its development…This year in Autumn, the country hosts the World Cup Rugby for the first time. Just 480 days more, the universe will witness the 32nd Summer Olympics, popularly dubbed Tokyo Olympics 2020. In 2025, the World Expo will be held in Osaka. Two years later, maglev, the world’s fastest train will be launched. Japan’s Hayabusa2 in space is also making history and its discoveries will make more OIJs (originated/original/only in Japan)!

Filipino cuisine this rainy Friday with my adult Japanese student. She'd like to go to American Costco with me but I'm super busy that I just brought her to a Philippine restaurant....Great to see her happy & satisfied.
For healthy lunch this cloudy Thursday.
Lunch on cloudy Tuesday (10/9/2019)

Welcome
Life in the 田舎

Sharing the ins and outs of discovering life in Japan, travel, and lifestyle tips!

The medium for cultural understanding, economic cooperation and fostering peace.

Pioneer site for great opportunity to work and enjoy life in the Land of the Rising Sun!

A daily selection of the best content published on WordPress, collected for you by humans who love to read.

The medium for cultural understanding, economic cooperation and fostering peace.

The best longform stories on the web

The latest news on WordPress.com and the WordPress community.